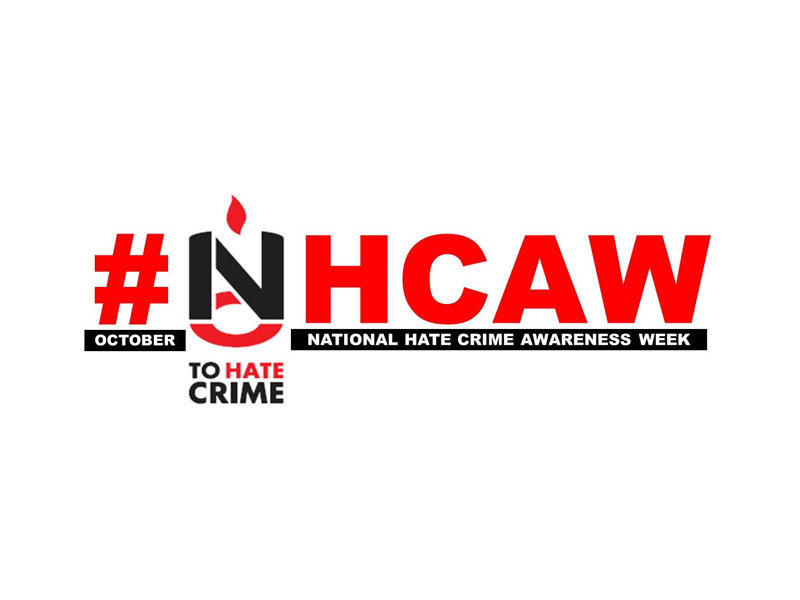 Say no to hate

National Hate Crime Awareness Week 2017, an initiative led by Stop Hate UK, took  place from 14th to 21st October all over the country. The purpose of #NHCAW is to encourage local authorities, and key partners to work with communities affected by hate crime to raise awareness of hate crime and address hate crime issues. For us, this was a great opportunity to encourage agencies and communities to report hate crime and consider ways to work together to build a safer society. 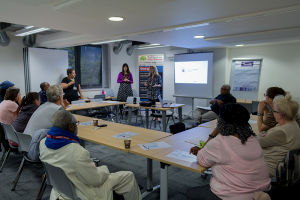 The training was aimed to raise awareness of hate crime. It was a lively session with lots of discussion about what hate crime is, how it affects people and communities and what people could do if they were affected. Feedback showed that people increased their knowledge and understanding of hate crime. They also felt, they increased their confidence in the Police to take hate crime seriously. Attendees also said they would be more confident in delivering activities that promote cohesion. 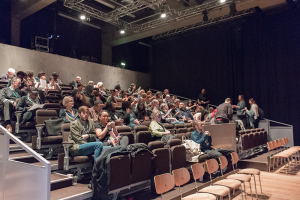 On tuesday we partnered with Nottingham Contemporary to bring the public a free screening of the documentary ‘I’m not your Negro’. Based on James Baldwin unfinished manuscript ‘Remember This House’, the film explores the history of racism in the United States through Baldwin’s memories of civil rights leaders and his friends, Medgar Evers, Malcolm X and Martin Luther King, Jr. The film was very well received by our audience, with over 100 people attending the screening. The night finished on a high, with a quiz based on the documentary- the two winners got a perfect score and received Five Leaves Bookshop vouchers as a prize. Overall, the event was a great way to initiate discussions around topics such as race, discrimination and equal rights. It was also a brilliant opportunity to socialise and find out more about hate crime. 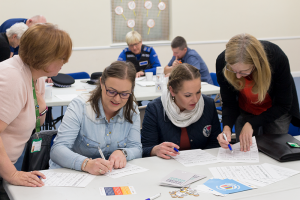 On Wednesday, we ran Interactive Dialogue with the Polish Community in Bassetlaw.

The dialogue took place in Manton, Worksop between the Polish community and members from statutory agencies in Bassetlaw. The aim of the session was to help people to step out of their usual way of thinking and encourage them to see things from other people’s perspectives and in particular explore the prejudice members of the Polish community face. The interactive session was welcomed by all participants who appreciated the opportunity to discuss and get to know more about the Polish community. It ended with a traditional Polish lunch!

The following day, (Thursday 20th October) we headed to Clifton for our monthly  Walk the Talk. This month’s walk took us to the Clifton Holme Pit and the theme of the talk was ‘tackling hate crime together’. We invited the participants to discuss ways in which communities can unite to  take a stance against intolerance and prejudice. Despite of the rainy weather, the walk was very enjoyable and  informative, with all participants really engaging in meaningful dialogues. We were also visited by our friends from Notts TV- please see the video they produced below.

Also on Thursday, our director Shamsher Chohan attended the Building a Stronger Britain Together (BSBT) Conference 2017.  The event took place in London,  bringing together civil society organisations who work to create more resilient communities, stand up to extremism in all its forms and offer vulnerable individuals a positive alternative.

Communities Inc is one of 126 partners to date who have received support to deliver programmes against the goals set out in the Counter Extremism Strategy promoting positive messages about shared values and tackling dangerous narratives.

Baroness Williams, Minister for State for Countering Extremism introduced the day reminding everyone that we have a daunting task ahead of us as it only takes one event to create havoc and give those that seek to undermine shared values reasons to react. Actor and TV presenter, Reggie Yates shared his recent experience of making documentaries including with far-right groups in Russia and white slums in South Africa. The experiences he had allowed him to bring the issues of oppression and discrimination to a wider audience, particularly young people. Nazir Afzal, former Chief Crown Prosecutor of the Crown Prosecution Service (CPS) for North West England, ended the conference sharing the backlash he experienced from far-right groups following his prosecutions in the case of the Rochdale sex trafficking gang, overturning an earlier decision by the CPS.

Finally, on Friday (20th October) we joined  British Transport Police on their ‘Day of Action’ at Nottingham Train Station, to raise awareness of hate crime at Nottingham train station. Gourmet Coffee provided free drinks to anyone wanting to have a conversation about hate crime or community safety. We have over 120 interactions on the day with members of the public who by far were receptive and positive about engaging with us.