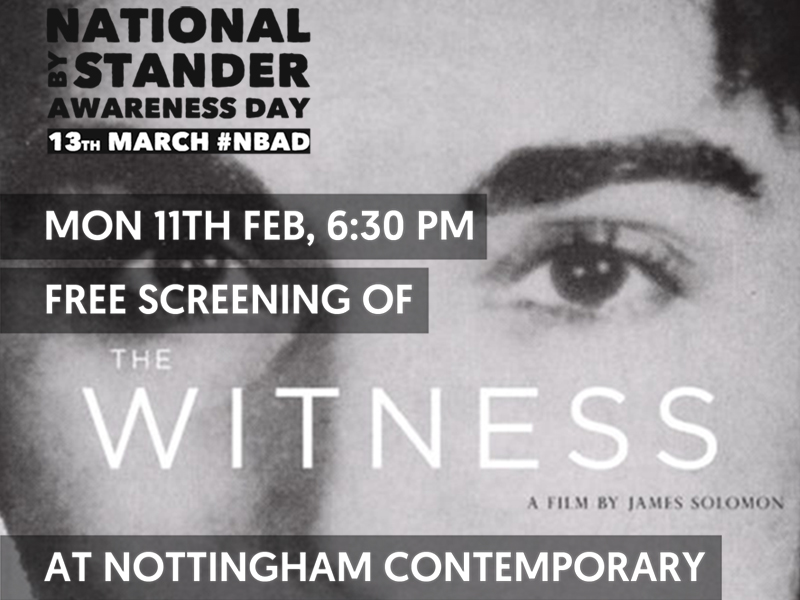 “As gripping as true-crime procedurals Serial and Making a Murderer, but with more intimacy and heartache.” – Stephanie Merry, The Washington Post

For National Bystander Awareness Day, we are organising a free screening of The Witness (2016) together with Nottingham Contemporary.

The name Kitty Genovese became synonymous with bystander apathy. The New York Times reported that 38 witnesses watched her being murdered – and did nothing to help. This version of events went largely unchallenged for half a century. The horrifying implications of the Times story reached across the city and the country, and would eventually impact lawmakers and lecture halls across the globe.

THE WITNESS follows her brother Bill’s search for the truth. In the process, he unravels a myth that transformed his life, condemned a city, and defined an era. THE WITNESS debunks one of America’s most chilling crime stories as a brother reclaims his sister’s forgotten life from her infamous death.

This film may not be suitable for younger audiences.

FREE Walk the Talk: What Makes Us British?