Poems which inspire us: Shamsher Chohan on ‘The Cold Within’ 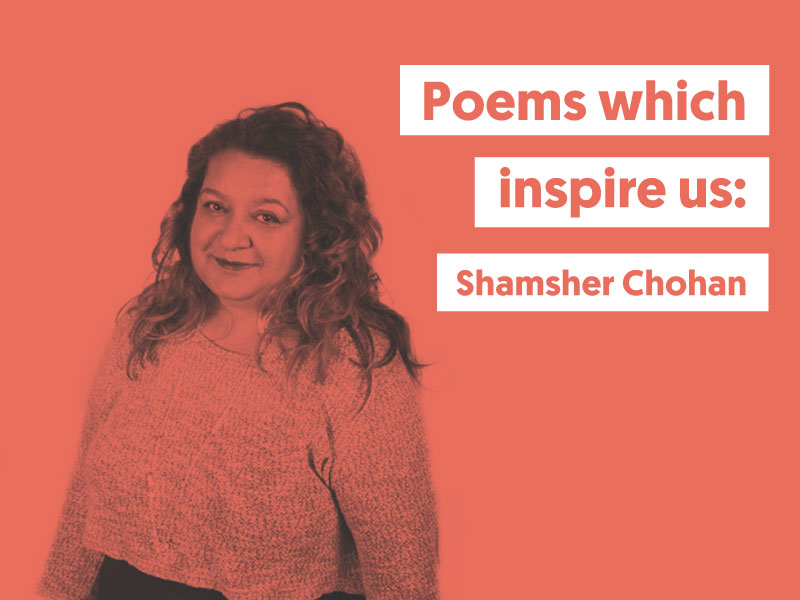 Welcome to our series on poems which inspire the Communities Inc team. In the first, our Creative Director, Shamsher Chohan, shares James P. Kinney’s ‘The Cold Within’, and explains why – in a time of Covid-19 – we must heed Kinney’s warning.

‘We have all come across poems that have touched us so deeply that they change our perspectives on life and how we see and interact with the world. For me ‘The Cold Within’ is one of those.’

If there was ever a time when we needed to recognise our common humanity… it is now!

With the spread of the coronavirus it is likely that no country in the world is going to be left unaffected. For some this will be with devastating effects. The response to the crisis in local communities has been heartening and the dedication of key workers worthy of a respect that they have always deserved but rarely been given.

It is a time to look after ourselves, as well as look out for other people. There are already reports emerging of the hate and hostility being experienced – by Asian and Chinese communities in particular – as some look for someone to blame and take their frustrations out on.

When I started my work on raising awareness of hate crime in 2013, I read a poem at the launch. I came back to that poem at our recent event in 2020, marking National Bystander Awareness Day in Nottingham.

We have all come across poems that have touched us so deeply that they change our perspectives on life and how we see and interact with the world. For me ‘The Cold Within’ is one of those. Written by James P. Kinney (born in 1923) the poem demonstrates the value of people working together.

His son, Timothy Kinney*, tells the story behind the poem:

“When I was a young boy we lived in Cheviot, Ohio, which is a township on the west side of Cincinnati, Ohio. There was still a law on the books there that a black person was not allowed on the streets of the city after dark. This was during of the civil rights movement, and my father and a group of men from his church felt that this was an outrage, so they approached the City Council to have the law abolished.

They were told that, since there were no black families in Cheviot, any black person on the streets after dark was obviously up to no good, so the law would remain. My father’s group found a family of black activists who were willing to move to Cheviot. They helped them move in and tried to make them feel at home. Then they approached the City Council again and said “Under the new circumstances, the law must be changed.”

The City Council changed the law, but they were not very happy about it. My father was really unhappy with the community and the way they reacted to the change, so he pulled out and shared with the community a poem he had written during the early years of the civil rights movement; it was “The Cold Within”, a parable about the things that separate us and how the coldness in men’s hearts is a kind of death. The message was so powerful, the poem took on a life of its own.”

This piece captures the consequences of people expressing their prejudices – no-one benefits. It serves as a stark reminder of what can happen if we don’t work together in times of crisis. If we are to get through situations like the COVID-19 pandemic for example, we need to stop clutching our metaphorical fuel and add it to the communal fire.

* In an interview by Susan Hawkins, published at http://www.allthingsif.org/archives/1405.

Help others during the COVID-19 crisis by following Communities Inc’s message #SeeReportSupport:

Previous Walk the Talk – sound walk exercise.
Next Poems which inspire us: Jo Weston on ‘Miracle on St David’s Day’