#NotEnoughMen challenge sexual harassment, and it must change. 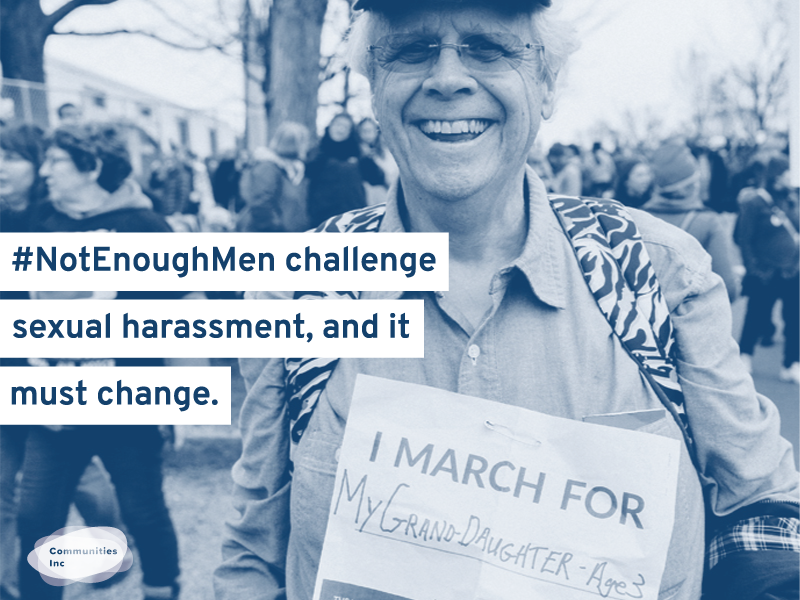 The news of the murder of Sarah Everard and the police brutality during the Clapham Common vigil spread far and wide across the UK and women took to the streets to mourn and protest. It all happened as the published results of an investigation by UN Women UK found that 97% of women aged 18-24 have been sexually harassed. A further 96% have not reported those situations because they believe it would not change anything. As we write this, Turkey pulled out of the Istanbul Convention, which aims to prevent and combat violence against women. All these further demonstrate that we cannot yet take women’s rights for granted. As the conversation about women’s safety gains momentum, it is time for us to ask and answer some important questions.

How do we ensure that women are safe? And what are men going to do about it?

Through the years, women have been working tirelessly to help victims of sexual harassment and raise awareness of the issue—some even formed vigilante groups like the Gulabi Gang in India. These efforts have had an immensely positive impact on victims and helped bring about change. But women shouldn’t have to dedicate their lives to protecting each other from men. Men should not be subjecting them to abuse in the first place. And in the patriarchal society we still live in, for it to have the greatest impact, this work needs to be done by men.

In response to women’s righteous anger, #NotAllMen gained traction on social media, indicating that not all men sexually abuse women. However, it’s not just about how they behave themselves, but also how they react to other men’s bad behaviour. We’ve all seen a video of a woman walking the streets of New York for ten hours and the concerning – but not surprising – things men shouted at her. How different would that video be if other men took it upon themselves to call the bad behaviour out?

Something has to change, and men have a crucial role to play. In fact, to be frank, change in this area is mainly in the hands of men. Thankfully, we are beginning to see the change in men’s attitude towards their role in challenging misogyny. Daniel Sloss summed it up perfectly in his newly-gone-viral monologue from 2019’s X show recorded by HBO, talking about his friend who turned out to be a rapist.

‘If I am being 100% honest with myself. Were there signs in my friend’s behaviour over the years towards women that I ignored? The answer is yes.’

At Communities Inc, we’ve been working to tackle hateful behaviour for nearly eight years now. Four of these we spent researching, developing and delivering Stand by Me – bystander intervention training -with support from Google.org since 2018. We aimed to create a project which would prevent incidents from escalating or even happening. We noticed that most of the hateful behaviours take place where others are present. So, we started looking at the bystanders. What we learned is that that people aren’t indifferent, and they want to help. It’s just that they often don’t know how and are concerned about their safety or worried about embarrassing themselves. We went across the UK, training hundreds of people to challenge hateful behaviour safely when they witness it. And what we know for sure is that it works. People who attend our training report increased confidence in intervening and leave our sessions with plenty of resources to spread the information to others.

How can men be better allies?

As misogyny is now becoming recognised as a hate crime nationally, it’s time to train more men to challenge sexual harassment. More importantly, the attitudes and behaviours that precede incidents that could increasingly become more serious, distressing, and harmful to women. And we already have a way to do it. Stand by Her is a strand of our bystander work we developed together with Nottinghamshire Women’s Aid to challenge sexual harassment. It’s designed and developed by women and delivered by men to men. It raises the importance of tackling prejudice, discrimination, and violence towards women. Violence towards women is rooted in misogyny and underpinned by thoughts, feelings, and beliefs formed over time. Addressing men’s bad behaviour at the levels of a ‘locker-room banter’ and ‘just having a laugh’ can prevent this behaviour from escalating into more abusive and extreme behaviour.

Stand by Her aims to create a new narrative where men are allies to women, explicitly tackling men’s misogynistic beliefs and behaviour. Through this training, we explore the origins of stereotypes, analyse the impact on women, and explore what men can do to change how women are perceived and treated in today’s society.

Being an ally, showing solidarity or making an intervention as a bystander can have a powerful impact on women’s experience. It also sends a powerful message and sets a better example for other men so women can live their lives without fear.

Want to learn more about Stand by Her?

Get in touch
Previous Sharing the Load 5: Vaccine hesitancy in the BAME community
Next COVID-19 Vaccine: 6 myths and how to easily debunk them.