We must end sexual harassment against women and girls in colleges. 3 ways men can be better allies. 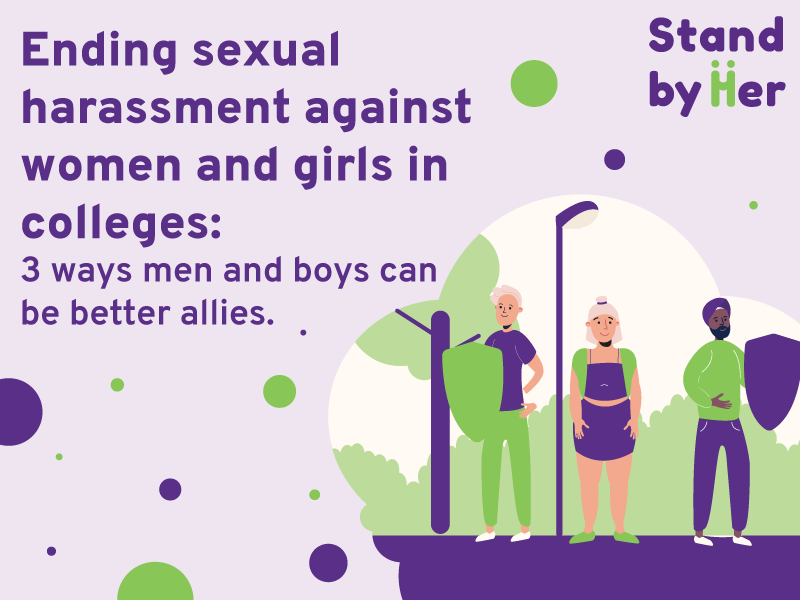 Sexual harassment towards girls and young women has recently become shockingly apparent and hit the mainstream media as the growing number of testimonials on the Everyone’s Invited website shows. From the outset on the site, the experiences girls and young women share are explicit, distressing, and so beyond what most of us would describe as what our teenage years should be. Instead of being a time of exploration, discovery and change, girls are being abused, traumatised and robbed of their childhoods.

Including names of thousands of schools, colleges and universities, the stories are endless. With over 15,000 additions in the weeks following its initial coverage, no educational establishment can be complacent.

As women and girls find their voice and highlight the scale of the problem, we are left with the big question. How do we keep girls and young women safe?

We believe there are two options:

At Communities Inc, together with Nottinghamshire Women’s Aid, we chose the latter approach and developed a unique program. Through Stand by Her, we aim to encourage boys and men to:

Think about their behaviour and the impact it has on girls and young women.

Men-only networks, clubs and friendship groups are more likely to condone sexual harassment and sexually aggressive behaviour or spread rape myths. These groups often pressure members to embody exaggerated ideals of manliness, legitimising sexual aggression. Despite only a minority of boys and men committing sexual assaults, what enables them to continue is that their peers rarely intervene.

The irony is that while sexual harassment is common in male students, it may not be as widely accepted as we think. Privately, boys and men often find sexually aggressive behaviour offensive but (wrongly) believe others endorse it. Fearing being judged or laughed at, they allow it to happen. This skewed perception can have serious consequences. Boys and men who believe others approve of sexist behaviour are more likely to engage in it. As they see silence as tacit support, they become more comfortable expressing sexist views and behaviours. Their willingness to do this has a knock-on effect where other boys and men believe these attitudes to be more common than they are!

The most significant change we can make is to correct the misperception about what is acceptable behaviour towards women and girls. Boys and men often think that others are more comfortable with sexist attitudes and aggressive behaviour than themselves, which prevents them from speaking up.

We believe that we as a society can tackle sexism and aggressive behaviour against women and girls. So what we need is:

These steps make a difference as most people want to help but don’t know what to do. Over one-third of sexual assaults are witnessed by at least one person, who potentially could intervene but in most instances chooses not to do so. Being an ally, showing solidarity, or intervening as a bystander can positively impact girls’ and women’s experiences. It also sends a powerful message and sets a better example for other men so girls and women can live their lives without fear.

Previous COVID-19 Vaccine: 6 myths and how to easily debunk them.
Next Stand by Her Training – Bassetlaw Only